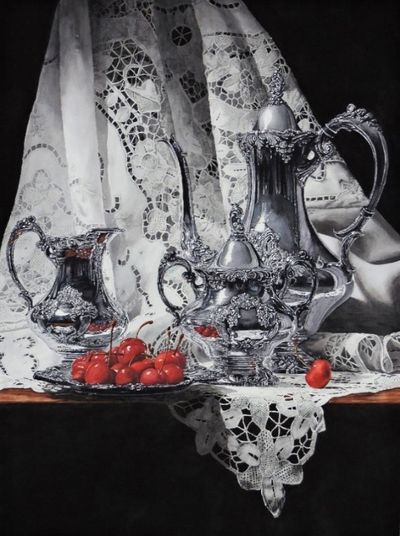 Watercolour painting, as an art form, became popular in the 18th and 19th centuries through the English school of Turner, Girtin, Cozens, Cotman and others and their style was developed and perfected from then to become the norm for this art.

The style involved detail yet fluidity and was ideal for depicting landscapes, which were popular for that time and still are today. Indeed, the early New Zealand artists used watercolour to record the landscape of their new country during the late 19th century.

During the early part of the 20th century, following the impressionist movement in art, watercolour painting began to lose some of the detail shown in earlier periods and the ‘norm’ for this activity was well illustrated by the painting on the cover of our previous newsletter, by English artist James Fletcher-Watson. This style set a benchmark for watercolour painting during the latter part of the 20th century such that judges of watercolour painting exhibitions considered little else to be worthy of a prize. In fact, some artists have extended the trend, to produce paintings that are extremely ‘fluid’ to the point where the subject of the painting is not easily defined. Some examples of this form of painting are those of Bryan Carmody and Peter Coates, shown in the book New Zealand in Watercolour by Denis Robinson and published by New Holland Publishers in 2008.

Following World War II, watercolour artists in the northern hemisphere bucked this trend and went in the opposite direction.

American and French watercolourists developed a style of art that was termed photorealism where they attempted to depict every detail that they could see in life or a photograph so that their paintings were very life-like. In the 21st century, this trend has been extended further to a style termed hyper-realism, where artists not only produce extraordinarily life-like images but in some cases, ‘enhance’ what they see in life or in a photograph.

Sculptors in particular have adopted this art form and in New Zealand, we have seen some examples in the work of Weta Workshops and their figures, most notably Gollum in the Lord of the Rings trilogy of films and also in Peter Jackson’s memorial and display at Te Papa of scenes from the Gallipoli battles during World War I. 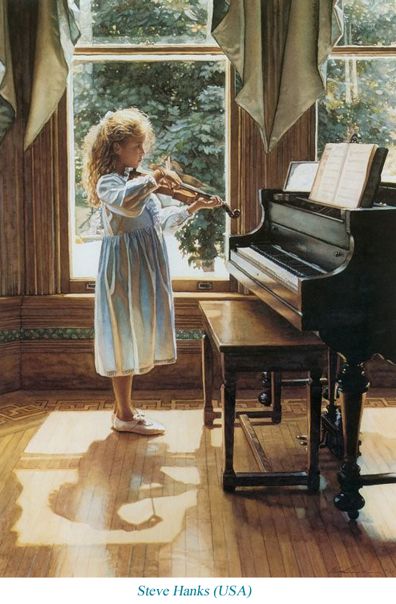 Hyper-realism in watercolour painting is very popular in North America and Europe where many artists have demonstrated exceptional ability with this artform and the Plus One Gallery in London specializes in exhibits of this genre of work. In fact, a Hyperrealism Watercolour League exists which involves nearly 5000 members. It might not be to everybody’s taste, but one cannot deny the amazing impact which a hyper-realistic painting has on viewers. The artists who adopt this style of watercolour painting regard it as a challenge to extend their capability as an artist. To achieve the results typical of this artform, the drawing for the painting is performed with extreme care and precision, often, to the dismay of artistic purists, with the assistance of a light projector or more recently with a digital projector and then the painting is carried out with exceptional patience and skill in the technical aspects of watercolour painting, for example, paintings can include up to 20 layers of thin washes and sometimes rendered using just the tip of a brush. Two books devoted to this form of watercolour painting are (a) Painting Vibrant Watercolors by Soon Y. Warren, published by North Light Books in 2009 and (b) Realistic Watercolour Unleashed: A complete guide for complex realistic paintings by Meeta Dani, published by TellWell in 2017.

The remainder of this article will illustrate the work of a small selection of today’s hyper-realist watercolour artists. All these images are watercolour paintings and readers are encouraged to consult the websites of the artists to view further examples of their extraordinary work. 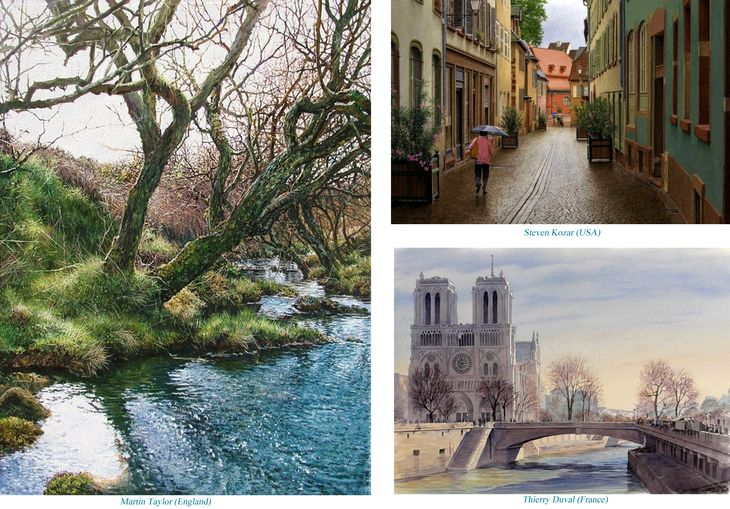