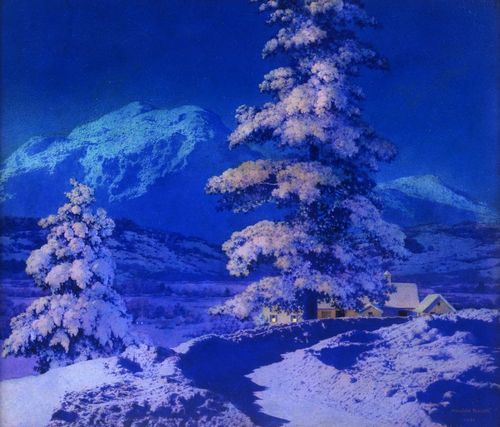 Cobalt Blue is a fascinating colour with a much longer history than many pigments we use today. It’s name reflects a dubious history.

Victoria Finlay, in her delightful explorations into the history of colours explains that cobalt came from mines in Persia.

“It is a decent metal on its own but it attracts a nasty companion, arsenic, so the European silver miners who often came across it hated it, gave it the name of a gremlin and for centuries they threw it away before it ate their feet and attacked their lungs.” In German folk legend Kobald was a vicious sprite who lived in the earth and resented intruders. People prayed for protection from cave-ins caused by Kobalds.

A Google search reveals that cobalt in the human body is supplied through dietary intake. It helps absorb and process vitamin B12 and helps treat illnesses such as anemia and some infectious diseases. ‘Normal’ cobalt levels, without added exposure, should be below 1.0 microgram per litre of blood. A blood test is used to monitor workers who are exposed to cobalt in the manufacture of steel and tungsten carbide tools or cobalt compounds in pigments for paints. Victoria Finlay’s finding that “it is a decent metal” may be questionable.

Cobalt blue dates back to the 8th and 9th centuries, when it was used to colour ceramics and jewelry. In China it was valued for the creation of the distinctive blue and white patterned porcelain. In 1802 a purer alumina-based version was discovered by French chemist Louis Jacques Thénard and commercial production began in France in 1807. The first recorded use of cobalt blue as a colour name in English was in 1777.

In 1818, watercolourist and astrologer John Varley suggested cobalt blue as a good substitute for ultramarine, writing in his List of Colours: “Used as a substitute for ultramarine in its brightness of colour, and superior when used in skies and other objects, which require even tints; used occasionally in retrieving the brightness of those tints when too heavy, and for tints in drapery, etc. Capable, by its superior brilliancy and contrast, to subdue the brightness of other blues.” Varley was particularly skilled at the laying of flat washes of watercolour which suited the placid, contemplative mood that he often sought in his paintings.

Painters such as J. M. W. Turner, Pierre-Auguste Renoir, Claude Monet and Post-Impressionists such as Vincent Van Gogh started using the new pigment as an alternative to expensive ultramarine. Van Gogh declared to his brother Teo, “Cobalt (blue) is a divine colour and there is nothing so beautiful for putting atmosphere around things …”

American artist Maxfield Parrish (1870 – 1966) gained such acclaim for his use of cobalt that it is sometimes called ‘Parrish Blue’. Parrish’s art is characterized by vibrant colours, which he achieved through glazing. This process involves applying alternating bright layers of oil colour separated by varnish. He was wildly successful in popular art.

Every pigment can be identified by its Colour Index Generic Name. Cobalt Blue is Pigment Blue 28, abbreviated to PB28. The Winsor & Newton classification of permanence measures lightfastness and chemical stability of paint. Cobalt Blue is labelled as: AA-Extremely Permanent. It is given a semi-transparent rating.

For the artist, cobalt blue is extremely stable, light-fast and compatible with all other pigments. It is the closest to a pure primary blue, uninfluenced by red or yellow. For this reason some artists like to use it as their preferred blue. However, when it comes to mixing colours, most watercolour artists hold several blue pigments in the palette. Cobalt can be used for glazing. It can be built up, wash after wash. It is often used to cool an area of a painting, pushing it into the background.

What do Watercolour New Zealand artists say about Cobalt Blue? 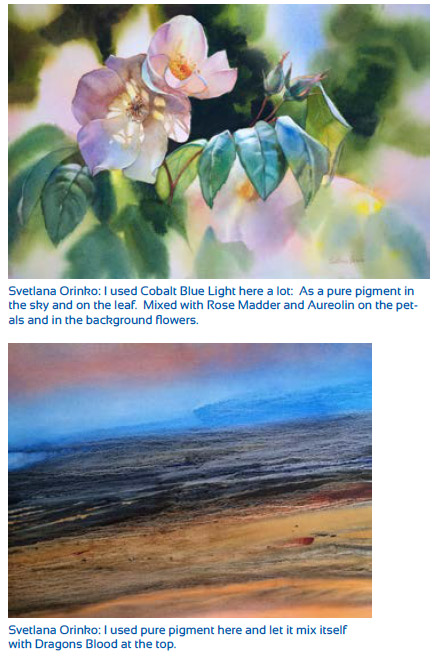 I chose to ask the artists who rated highly in the People’s Choice vote at Splash 2018.

Adrienne Pavelka writes: “A quick flick to Google revealed that many great artists like Monet, Picasso, Van Gogh (and Alfred Memelink!) all used Cobalt blue to great effect in landscape or still life.

Cobalt blue, a glorious pure pigment, is my favourite and most used blue. l rarely mix with it as it’s opaque consistency can dull other colours although l do add transparent magenta for a warmer blue or cyan blue for cold. Just a brush stroke of pure cobalt straight from the tube can add a “ping” to a muddy area or when thoroughly dry, edges can be softened and cirrus clouds created with a firm eraser. You puddle around with Cobalt blue at your peril!

l have always accepted that cobalt is quite an expensive colour but as l need it and couldn’t do without it – so what!”

Dianne Taylor has cobalt blue in her paint box but says “I have used it now and then over the years, but what for, I cannot remember. I use Ultramarine Blue, Cerulean and Prussian Blue.”

Noleen McKeen: “I use cobalt blue for the sky in landscapes, starting by wetting the paper, then painting from the top down, which gives a realistic gradient. I also find Cobalt Blue useful for painting sea and mountains and I mix Cobalt Blue with different shades of yellow as it makes amazingly vibrant light and dark green tones. It can be mixed with red tones to produce a lovely purple. I use Cobalt Blue and Indigo mixed together to make an
interesting grey.”

Svetlana Orinko: “Cobalt Blue is an absolute ‘must have’ on my pallet. This pigment has a lovely personality and mixes beautifully with others. It granulates too which is a thumbs-up from me. It’s one of three primaries: Cobalt Blue Light, Rose Madder Genuine and Aureolin Yellow - all single pigment paints that I can’t live without! I can mix endless beautiful transparent greys with those three pigments. Greys are my favourite colours. And I love paintings that have subtle neutral grays to complement bright colour on the main subject.

Cobalt Blue Light from Winsor & Newton is my preferred brand for this pigment. I rarely use it on its own, but love mixing it with Dragon’s Blood for the distant mountains in the landscape. It’s a bit pricy, but definitely worth it. I buy it from K. Bromley Art Supply Shop in UK in the largest tube – 30 ml.

Source: Book: Color. A Natural History of the Palette by Victoria Finlay, Published 2002